Luna Park is an historic amusement park located on the outskirts of Melbourne Australia.

The popular entertainment venue first opened in 1912 and has remained in operation ever since.  Some of the original rides at the park continue to thrill patrons to this day. 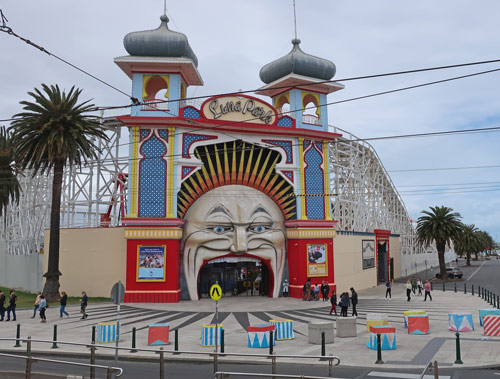 Rides at the amusement park include the following:

Luna Park is located on Port Philips Bay in the St. Kilda district of Melbourne.