Flinders Street Station is a railway station situated in the heart of Melbourne Australia.  It is located at the intersection of Flinders and Swanston Streets. 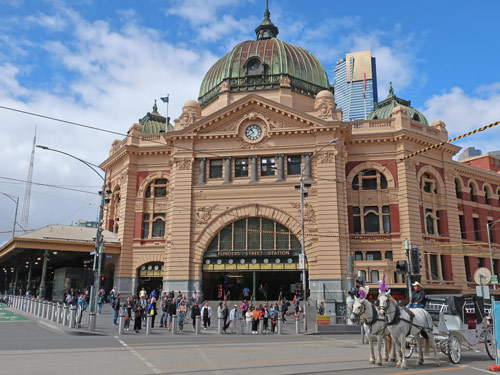 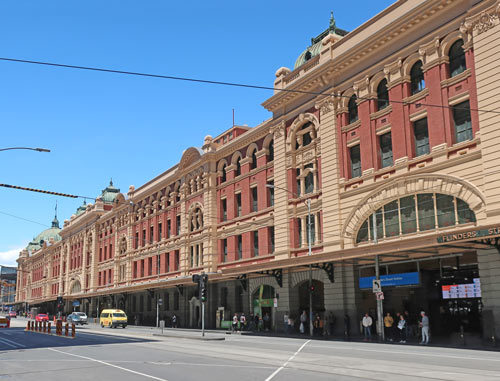