Passengers can travel between Melbourne and Sydney by high-speed rail.  Travel time is approximately 12 hours in duration.  Berths are available on the overnight train. 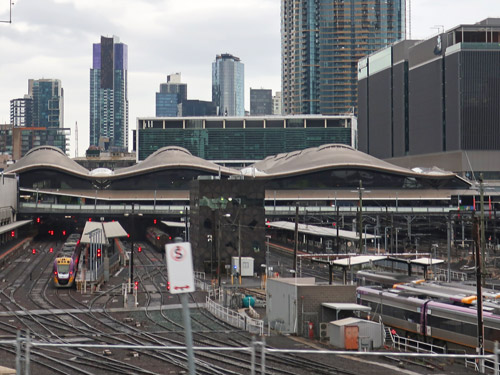 The coach service from Melbourne Airport to Sydney terminates at Southern Cross Station.